Let these success stories inspire and encourage you to becoming your best self, taking cues from these successful individuals and becoming a positive influence on future generations. It doesn’t matter where you start from or where the journey takes you, or your age and background; what matters is that you never lose sight of the destination. It is the only way to ensure you arrive!

A sure sign of success is when you don’t need a last name to identify yourself. That is exactly the case of Edson Arantes do Nascimento, known to all of us as simply as Pelé! Born in 1940 in Brazil, Pele grew up in poverty and developed his skills by kicking around a stuffed sock.

His talent did not go unnoticed and he was signed up with a professional football club by age 15, going on to dazzle the planet at the 1958 World Cup, scoring multiple times wearing Brazil’s national colours.

His long and successful career earned him the FIFA Player of the Century title in 1999 along with Argentina’s Diego Maradona. With 1,281 goals in 1,363 games, Pelé is a living legend in the sport, a declared national treasure in Brazil and one of his games was rumoured to be the reason for a 48-hour ceasefire in the Nigerian Civil War.

Born in Los Angeles in 1944, John Paul Jones DeJoria was bounced around foster homes after his parents’ divorce and his mother’s inability to provide for him and his brother. Following two years in the US Navy, he moved around a series of low-income jobs and was even forced to sleep in his car for a while.

In 1980, he took out a loan for $700 (about £540) and along with hairdresser Paul Mitchell founded John Paul Mitchell Systems, and the rest is history, making him a fortune and household name in haircare. In 1989, he also cofounded the Patrón Spirits Company, one of the highest quality ultra-premium tequila brands in the world.

Do Won and Jin Sook Chang

No idea who these people are? Well, if you are a woman, you probably have an item from their brand in your closet, and if you are a guy, you’ve surely spent a few hours waiting outside the changing rooms of their international retail chain, Forever 21.

When Do Won Chang and his wife fled South Korea in 1981, he had to work three jobs to make ends meet, including washing dishes, pumping gas and cleaning offices. Jin Sook Chang worked as a hairdresser.

With all their amassed savings of $11,000 (£8,500), the couple opened a small clothing store in downtown Los Angeles in 1984. The venture was such a success that a new Forever 21 store opened every 6 months, resulting in the business growing to the fast fashion giant it is today, with around $4.4 billion (£3.4 billion) in sales, 790 stores in 48 countries and employing over 40,000 people.

Born to an impoverished family in Milan, Italy in 1935, young Leonardo Del Vecchio was sent to an orphanage at the tender age of 7. At 14, he began an apprenticeship at a tool manufacturing factory, picking up skills and experience in making moulds for spectacles, and losing part of his index finger in the process.

This handicap did not deter him from continuing to learn the craft and to educate himself, though, moving to the centre of the eye-glass industry and founding a small limited partnership named Luxottica in 1961.

His keen sense of entrepreneurship and his belief in vertical integration saw him acquire companies relating to his industry and making Luxottica the eyewear conglomerate it is today, owning and producing for a number of brands and operating a number of distributing retail outlets.

When 16-year-old Jan Koum immigrated with his mother and grandmother to California in 1992, they lived on welfare, collecting food stamps and working odd jobs to make ends meet. He worked at various tech and computer security jobs that lead him to Yahoo! in 1997, where he met his soon-to-be business partner Brian Acton.

After taking time off and travelling to South America, they both applied to jobs at Facebook, and both were rejected. An iPhone purchase a few months later lead to the conception of an app that would revolutionise communication, and WhatsApp Inc was incorporated on Koum’s 33rd birthday.

Koum hired a coder from a freelancing site, and WhatsApp was born. He reached out to Acton, who brought in $250,000 (£193,000) seed funding through investors and the two became cofounders.

Fast forward to 2014 and the abandoned social services building Koun used to collect food stamps from, the two cofounders and a venture capitalist signed the agreement that would be their ultimate payday: the $19 billion (£14.6 billion) sale of WhatsApp to Facebook! Talk about poetic justice!

The name might be unfamiliar, but I can almost guarantee you own items purchased through online retail giant Alibaba. After failing his university entrance exams three times before succeeding, Ma was also rejected from a number of jobs, including one for KFC. He even applied to Harvard Business School and was rejected a record 10 times.

That was no deterrent for ambitious Jack who, after a trip to the US in 1995, became intrigued with the Internet and saw the lack of Chinese presence on the web. With $20,000 (£AMOUNT) of his own money, he started his first venture, China Pages, to promote and build websites for Chinese companies.

Four years later, he founded Alibaba as a business-to-business marketplace, turning it to one of the most important technology group of companies in the world, and ‘reject’ Ma became a very rich man.

Born to a family of timber traders, François Pinault grew up in France during the hardest times of Nazi occupation. In fact, the family was so poor that he was bullied in high school for it, forcing him to drop out and join the family timber mill to help make ends meet.

His started his first company in timber trading in 1963, which he later diversified into department stores and mail-order companies. The 1990s saw him expand into luxury goods, and the once sombre timber trading company became synonymous with all things luxury.

Kering, the descendant of the original timber trading company, is the owner of a range of major luxury brands, including Gucci, Saint Laurent, Balenciaga and Boucheron, as well as vineyards, a football team, Christie’s auction house and even a theatre in Paris.

The author of some of the greatest horror and science fiction books did not have an easy start in life. Stephen King’s father walked out on the family when he was two, leaving his mother to raise two young boys with great financial hardship.

He knew he wanted to become a writer early on, writing short stories while still in school, winning teen writing awards and going on to study English at the University of Maine.

His first novel Carrie was rejected 30 times by publishers before being picked up by Doubleday Publishing in 1973 and catapulting King into a long and successful writing career that has given us masterpieces like The Shining and Rita Hayworth and Shawshank Redemption, on which the 1994 critically acclaimed movie The Shawshank Redemption is based.

His list of awards is so extensive that it would require a whole new article, but with over 350 million copies of his work sold worldwide, we can undoubtedly say that King is one of the most successful authors in the world.

Net worth: $320 million (£246.4 million)Don’t be fooled by the rocks that I got
I’m still, I’m still Jenny from the block
Used to have a little, now I have a lot
No matter where I go, I know where I came from (from the Bronx!)

The lyrics of her 2002 hit single ‘Jenny from the Block’ captivate the essence of who Jennifer Lopez is, a girl from a relatively poor family from the Bronx, who rose from backup dancer and film extra to internationally acclaimed singer and actress.

Dropping out of college after only one semester, Lopez found adversity from her parents who wanted her to gain an academic degree and work hard to become successful. She stayed true to herself and followed her dream, though, which to be honest worked out quite well for the 49-year old Latina superstar.

Along with other equally talented female artists, she has become a role model for empowering both young women and minority groups to chase their dreams and fulfil their destiny and to remember and respect their roots.

Empress Catherine I of Russia

Born in 1684 to a Lithuanian peasant family and orphaned at the age of three, Marta Helena Skowrońska (later Catherine Alexeyevna) went on to become the first female Empress of Russia in true rags-to-riches style. Raised by a Latvian pastor, she was shipped to Moscow to Prince Alexander Menshikov’s household, where she met Peter the Great of Russia.

Her intelligence is thought to have saved the Tsar’s life and the Russian Empire in 1712, after which the Tsar married her and bestowed upon her the title of Tsarina. He created the award of the Order of Saint Catherine in her name and made her co-ruler. Oh, and he built her one of the most majestic palaces of all times!

And there you have it! Ten very different success stories to motivate and inspire you, where people took control of their lives and brought something positive out of their difficult pasts. All you need is a little encouragement, a little luck and a whole lot of persistence, and you can write your own success story!

Do you have a success story of your own to share? Your story can transform, inspire, empower, heal & save a brokenhearted/depressed person so please feel free to share your personal/other people’s success stories by sending it to this email admin@unlimitedsuccessgist.com.ng after reviewing it by the site admin, it will be publish online.

Note:The net worth of these individuals was adapted from data compiled and published by Forbes. Currency conversions are based on rates supplied by XE.com on 15 November 2018.

Your story can transform, inspire, empower, heal & save a brokenhearted, frustrated, confused or depressed person. So please feel free to share your personal/other people’s success stories to the world by sending it to this email ettagoldempire@gmail.com. After reviewing it by the site admin, it will be publish online. 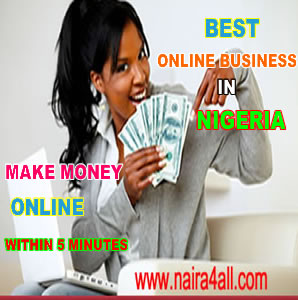